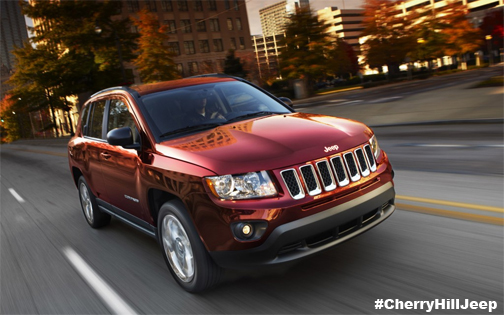 From automobilemag.com:
Following in the footsteps of February’s four-percent sales increase, Chrysler announced today that its U.S. volumes in March 2013 increased five percent year-over-year, totaling 171,606 units. Chrysler’s happy to boast about March being its 36th consecutive month of year-over-year sales gains, but more importantly, its first-quarter sales in 2013 are up eight percent compared to the same period in 2012.

What model lines saw the biggest swings in March?

WINNERS
Dodge Challenger: People are apparently still clamoring for Mopar muscle, as Challenger sales increased a whopping 42 percent year-to-year, totaling 6132 units. This is the fourth consecutive month where Challenger volumes grew by 20 percent or more, and the best monthly sales figure for the model since its re-introduction in 2008. Perhaps the $2000 cash incentive on 2013 Challengers offered in March helped spur this growth.

Jeep Compass: Jeep purists may loathe the thing, but it seems small crossover shoppers actually like the C-segment Compass. Sales grew 28 percent in March, amounting to 5111 units. Jeep says that volume was constrained by the switch over to the 2014 Compass, which boasts a number of small refinements and the adoption of a proper six-speed automatic transaxle.

Ram Pickups: Chrysler also says the launch of the updated 2013 Ram 1500 and 2013 Ram Heavy Duty models negatively impacted volumes in the first quarter, but it didn’t seem to affect Ram pickup sales in March. 33,831 units were sold last month, marking a 25 percent year-to-year increase, and an increase of 10,542 trucks over February 2013.

Thanks to a great turnout from community members, the Chrysler brand will award five schools $5,000 in additional funding through the Drive for the Kids™ program for their achievement of an excessively high number of test drives at their location. The five schools are:

“The Chrysler brand is committed to enriching the lives of youth across America,” said Saad Chehab , President and CEO – Chrysler Brand, Chrysler Group LLC. “Awarding $5,000 to each of the five schools that exceeded expectations for community participation at their local Drive for the Kids™ event is our way of rewarding sincere efforts made by the community to show support for further educating local students and raising funds that will help to sustain important educational programs.”

Through Drive for the Kids™, participating schools received a $10 contribution from Chrysler brand on behalf of everyone who took a brief test drive in a Town & Country minivan—highest ranked in loyalty 11 years in a row—or another Chrysler brand vehicle that was available for test drive on the day of the test drive event.

Since 1993, when Drive for the Kids was first introduced, the Chrysler brand and its dealers have worked with parents and educators in communities across the nation contributing more than $4 million directly to local schools for student needs. From playgrounds and field trips to reading programs and new computers, the Chrysler brand is proud of this tradition of community involvement.

For the latest product and brand news from Chrysler brand, visit www.chrysler.com.

About Chrysler Brand
The spirit of hard work. Earning your place without forgetting where you’re from. That’s what the Chrysler brand and its vehicles are all about. Integrating the first eight-speed automatic transmission in a domestic luxury sedan, the 2012 Chrysler 300 sedans offer world-class innovation and quality while delivering stylistic distinction and premium features with legendary value. Chrysler’s 200 sedan inspired the brand’s identity: “Imported from Detroit.” The 2012 Chrysler 200 sedan delivers exceptional value without compromise with sophisticated design, high-quality craftsmanship, and technology. The Chrysler 200 Convertible—with a power soft or hardtop—offers an open-air experience featuring elegant craftsmanship. The 2012 Chrysler Town & Country minivan is beautifully crafted with high-quality, soft-touch materials and tech-savvy entertainment features and smart storage. Standard leather Stow ‘n Go® seating, overhead DVD, and more than 40 safety and security features are some of the Town & Country’s innovative offerings.

The Michigan Hispanic Chamber of Commerce (MHCC) has named Chrysler Group LLC “Corporation of the Year” for 2012, citing the Company’s outstanding commitment to supplier diversity and, particularly, the inclusion of Hispanic-owned businesses in its supply base.

The award was announced at the MHCC’s 23rd Annual Fiesta Hispana Gala held the evening of December 7 in Dearborn, Mich.

Chrysler Group’s supplier diversity goals require that 10 percent of a Tier 1 supplier’s procurement buy is sourced to certified minority suppliers. Chrysler Group announced early this year that it spent $2.1 billion with approximately 200 minority suppliers in 2011, representing 8.5 percent of its total annual purchasing. Women-owned businesses, which are tracked separately, accounted for $301 million of the Company’s spending. Overall, the Company purchased $31 billion in direct and indirect parts, materials and services in 2011. Since 1983, the Company has purchased more than $47 billion from minority-owned suppliers.

“Chrysler Group remains as committed as ever to creating a diverse and sustainable supply base that directly reflects our customer base,” said Kevin L. Bell, Senior Manager, Diversity Supplier Development, Chrysler Group LLC, who accepted the award on behalf of the Company. “Chrysler Group will continue to create opportunities for minority-owned, women-owned and veteran-owned businesses because diversity is in the DNA of our Company. Our goal is a well-developed, diverse supply chain that is inclusive to all.”

“Chrysler Group’s commitment to supplier diversity and inclusion is a source of meaningful, sustainable value for the Hispanic community,” said Armando Ojeda, Executive Director, Michigan Hispanic Chamber of Commerce. “Receiving the MHCC’s ‘Corporation of the Year’ award was a well-deserved recognition of Chrysler Group’s commitment to all the communities it serves.”

During his keynote address at the 2011 MHCC Fiesta Hispana, Fred Diaz, President and Chief Executive Officer, Ram Truck Brand and President and Chief Executive Officer, Chrysler de Mexico, Chrysler Group LLC, announced a $50,000 grant from The Chrysler Foundation to the Hispanic Scholarship Fund (HSF), the nation’s largest provider of college financial aid for Latino students. Diaz announced a second $50,000 grant to the HSF, from the Ram Truck brand and The Chrysler Foundation, later in the year during the International Hispanic Network’s gala and awards ceremony in San Antonio, TX.

About Chrysler Group’s Leadership Commitment to Diversity and Inclusion

Chrysler Group has been named one of the “100 Best Companies for Working Mothers” by Working Mother magazine 13 times, and has been recognized six times by the Human Rights Campaign Foundation as one of the country’s leading corporations supporting diversity and inclusion. Chrysler Group also has been named to HispanicBusiness magazine’s annual Diversity Elite 60 list for implementing strategies to reach more Hispanic customers and to pursue more business with minority- and Hispanic-owned suppliers.

In 2012, the editors of LatinaStyle magazine selected Chrysler Group for inclusion on magazine’s 2012 list of the 50 best companies for Hispanic women to work in the U.S., which is considered the most important recognition of efforts by corporate America to promote diversity and provide career advancement opportunities for Hispanic women.

In 2011 and 2012, the editors of DiversityInc magazine named Chrysler Group to the magazine’s list of “Top 50 Companies for Diversity.” This coveted annual benchmark is comprised of companies the magazine’s editors believe are diversity-management leaders.

Over the years, a long line of Chrysler Group employees have received important professional recognition from various diversity organizations, including Black Engineer of the Year, Women of Color, HENAAC Great Minds in STEM and others, reflecting the Company’s strong commitment to attracting and developing a diverse workforce.