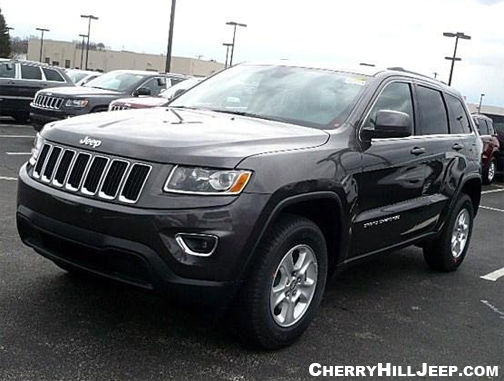 Made with pride, crafted with passion: This is the new 2014 Jeep Grand Cherokee. It is the best of what we’re made of. 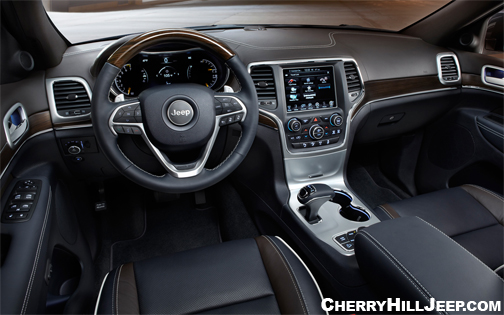 From thereporter.com:
Should you happen to be looking for a Jeep that’s capable of doing more than climb hills and crawl over rocks at slow speeds, how about one that can rip around a race track at high speed with surprising control, agility and stability? The 2014 Jeep Grand Cherokee SRT is just such a beast.

Okay, perhaps “beast” is not really a proper or appropriate term for a rapid transit vehicle that displays a new level of luxury and performance not experienced before in a Jeep. This, my friends, is no ordinary Jeep. It is totally at home on a rural country road, on a freeway, or more especially, on what may well be the premiere race track in the country today — the new Circuit of the Americas raceway not far from Austin’s airport in Texas Hill Country.

The highly technical and challenging track is an ideal site for Formula One racing at its finest. COTA is 3.4 miles from start to finish, with 20 turns (11 left and 9 right) and with several elevation changes. Awesome and incredible are words that come to mind in describing the driving experience that the track serves up.

Jeep is also donating $250 from every sold Jeep Wrangler to the USO! Get yours today and support those in service to our country. 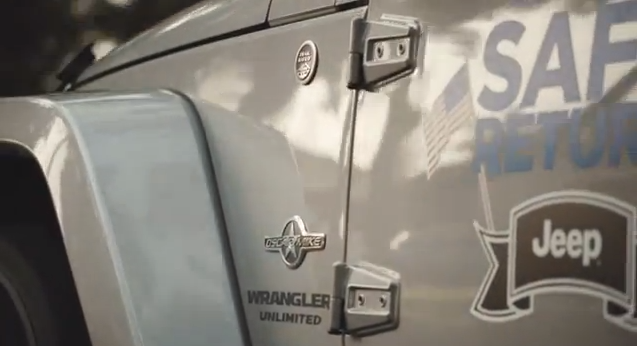 Traditionally, automotive journalists can be heard muttering something to the effect of “Geeze, it’s about time!” whenever a vehicle’s midcycle refresh is revealed. As we routinely see and drive new models many months before the public even claps eyes on them in showrooms – and then go on to tweeze apart their minutia in our daily writings – perhaps some impatience is to be expected. With so much exposure to a given vehicle, it’s fair to say we tire of most cars and trucks far more quickly than the average consumer.

Which is why we’re pleased to say “Oh, is it time for that already?” when it comes to the 2014 Jeep Grand Cherokee. The current WK2 Grand Cherokee hit the market in 2011 and climbed its way into our hearts with its rugged good looks, go-anywhere capability and surprising refinement. We’re not yet tired of its appearance or performance, but even so, we’re very glad to see Chrysler giving its flagship Jeep some attention, including a much-anticipated diesel powertrain option and some other economy-minded measures.

The changes for 2014 start with a fresh look, including one of two different slimmer headlamp treatments (upper-rung models are treated to bi-xenon units with LED daytime running lamps, and Summit models feature dynamic corner lighting), along with reworked grilles and repositioned foglamps in new lower fascias. Redesigned taillamps incorporating yet more LEDs take up residence out back and the rear liftgate has received a once-over, too. We’ve seen the vehicles in the metal already, and the alterations are handsome, if not subtle touches from the “If It Ain’t Broke” school of design.
More impressive is the interior rework, which includes a new three-spoke steering wheel with standard paddle shifters, a seven-inch configurable screen in the gauge cluster, reworked center stack with Chrysler’s award-winning 8.4-inch UConnect infotainment system, and new electronic gearshift selector. In addition, there’s a brace of optional active safety features including adaptive cruise control, front park assist and front collision alert. What we’re most impressed with is designers’ efforts to further differentiate trim levels on the 2014 Grand Cherokee. In particular, the new full-house Summit model features upgraded leather in more colors, open-pore woods and unique copper accents on black and brown interiors (we’ve seen the finish in person already, and it looks better than it sounds).

This wouldn’t be a Jeep update if there weren’t some off-road-minded upgrades, and there are a few changes to report. As before, there are three different 4×4 systems, but changes include an improved crawl ratio of 44.1:1, tweaked Selec-Terrain controller and hill ascent and descent control with new driver-determined speed capability.

Then, of course, there’s the road-oriented Jeep Grand Cherokee SRT performance model, which also receives the lion’s share of the changes listed above. Visually, the SRT will pack a revamped grille, LED headlamps shared with higher-end Grand Cherokee models and a new rear spoiler. Also of note is the availability of a new set of more traditional five-spoke alloys (SRT boss Ralph Gilles acknowledged to us that the spidery 10-spoke wheels that the SRT arrived with in 2012 have proven to be somewhat controversial). The new overall look is a subtle improvement, but we wish designers would have found a way to better integrate (or remove) the LED daytime running lamp strip in the bumper, as it looks tacked on – particularly now that 2014′s headlamps incorporate sleek new light pipes.

Performance enhancements for 2014 include a new launch control feature as well as a reworked Selec-Track system that funnels more torque to the rear axle to improve performance when Track mode is activated. The big news, however, is the quicker-shifting eight-speed automatic, which should not only help alleviate the 6.4-liter Hemi’s prodigious thirst, it should also augment performance. Chrysler expects slightly improved 0-60 times out of the 470-hp, 465 lb-ft powerplant, but more intriguingly, it notes that the block-downshifting capability of the new transmission should yield “an even more dramatic improvement in 30-70 mph and 50-90 mph real-world acceleration.” Because the 2013 SRT was a bit lardy in this regard, apparently.

All-in, Chrysler appears to have handed down a couple of major drivetrain improvements (EcoDiesel option, eight-speed automatics across the board), along with a host of nips, tucks and adjustments that promises to make one of our favorite SUVs even better to look at, drive and live with. We’ll know more when we get behind the wheel later this year.

Last year was good to Jeep. Chrysler has announced its trail-rated brand set an all-time global sales record in 2012 by moving 701,626 units. That number easily surpasses the previous record set in 1999 when Jeep sold 675,494 models. All told, the brand saw a 19-percent sales increase worldwide over 2011, and much of that swell can be traced directly to the Wrangler. While the Grand Cherokee led Jeep sales, the Wrangler posted record numbers both globally and within the US, moving 194,142 and 141,669 units in each market, respectively.

Meanwhile, the Compass beat its previous global sales record with 103,321 units rolling off of dealer lots. In the US, Jeep sold 62,010 Patriot units, breaking that model’s previous record as well. Jeep’s impressive performance in 2012 marks the second year in a row the brand has seen double-digit percentage sales increases. Check out the full press release here.

Jeep has built its reputation on providing the public with some of the most off-road capable sport-utility vehicles around – SUVs that can be driven out of the showroom and straight onto the trail, if desired. That being said, there is still a definite pecking order in the Jeep lineup, with some models offering a greater degree of all-terrain prowess than others. We’ve done our homework and come up with a definitive analysis of just how serious each model is about devouring rutted roads, rock piles, and treacherous mud pits.

Click here to take a look at six Trail-Rated Jeep SUVs sorted in the order of their respective off-road abilities.

Considering all factors (price, performance, reliability, comfort, enjoyment, etc.), would they get the same vehicle if they had it to do all over again?

“This year, we received responses on about 350,000 vehicles and more than 240 models, spanning the 2010 through 2013 model years. A model’s score is based on the percentage of respondents who answered “definitely yes.” And to earn our top rating, a model needs to have at least 80% of owners say they would definitely get it again.” – Consumer Reports